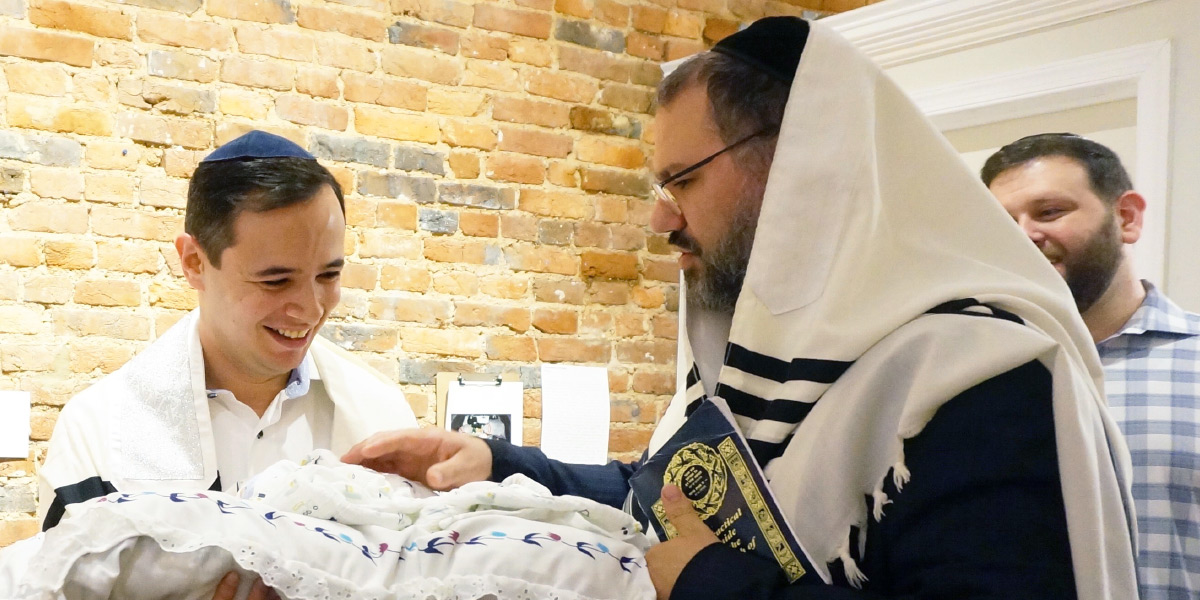 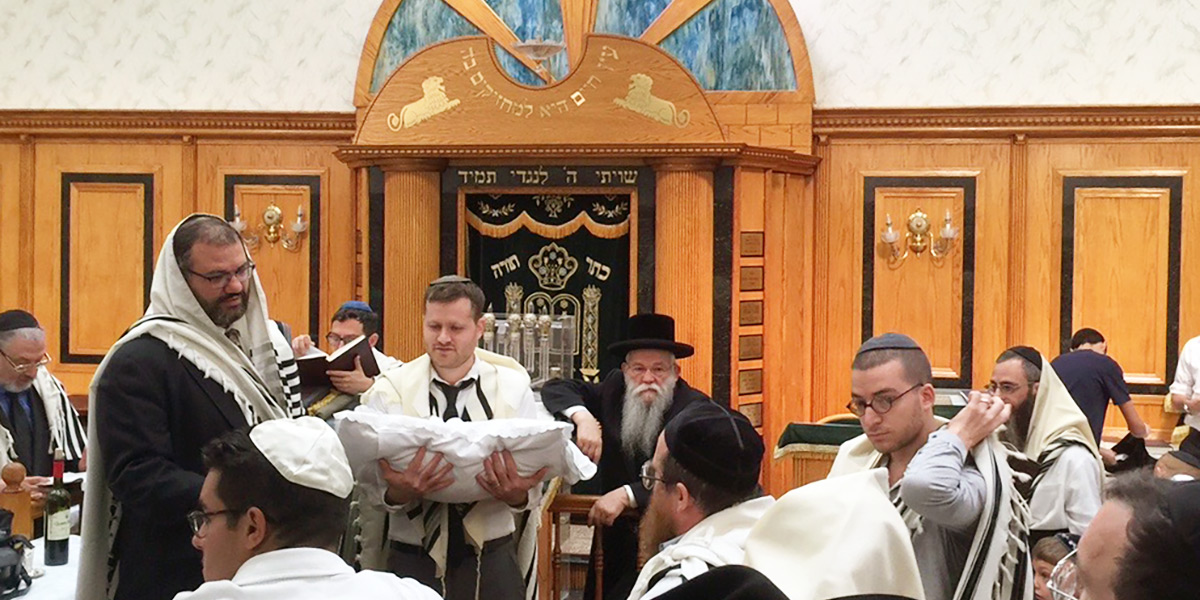 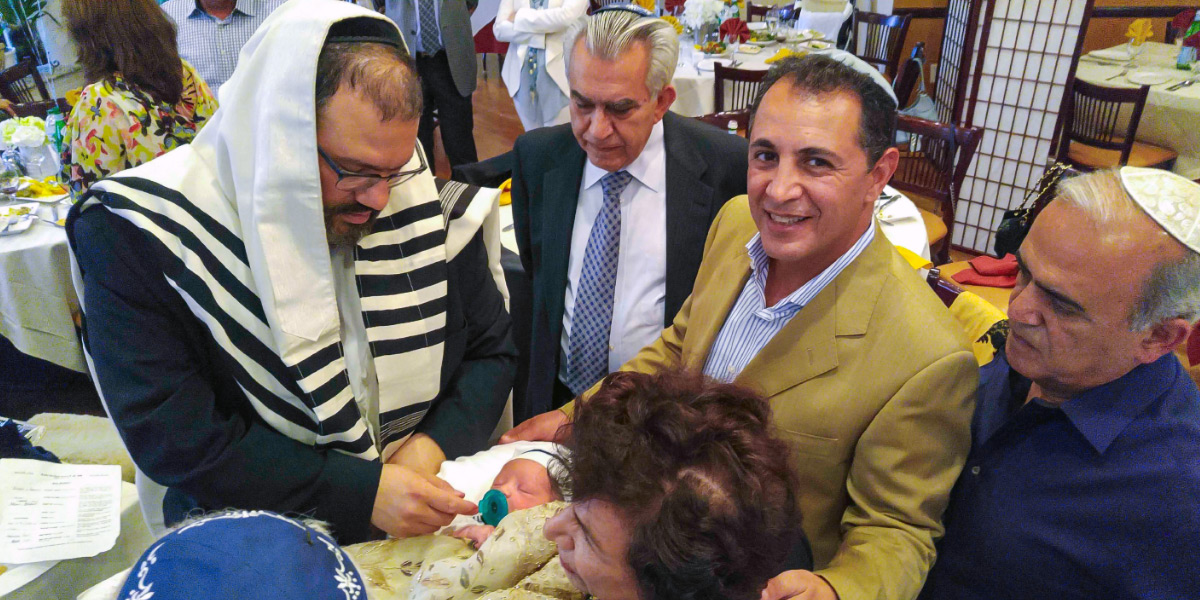 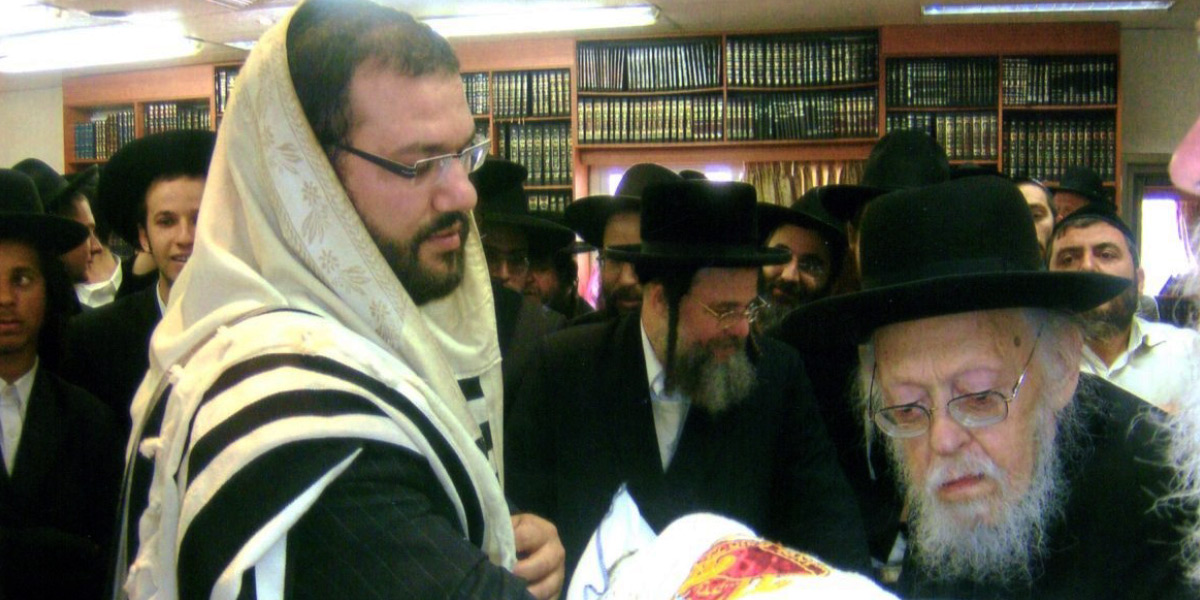 Diplomat of the American Board of Ritual Circumcision 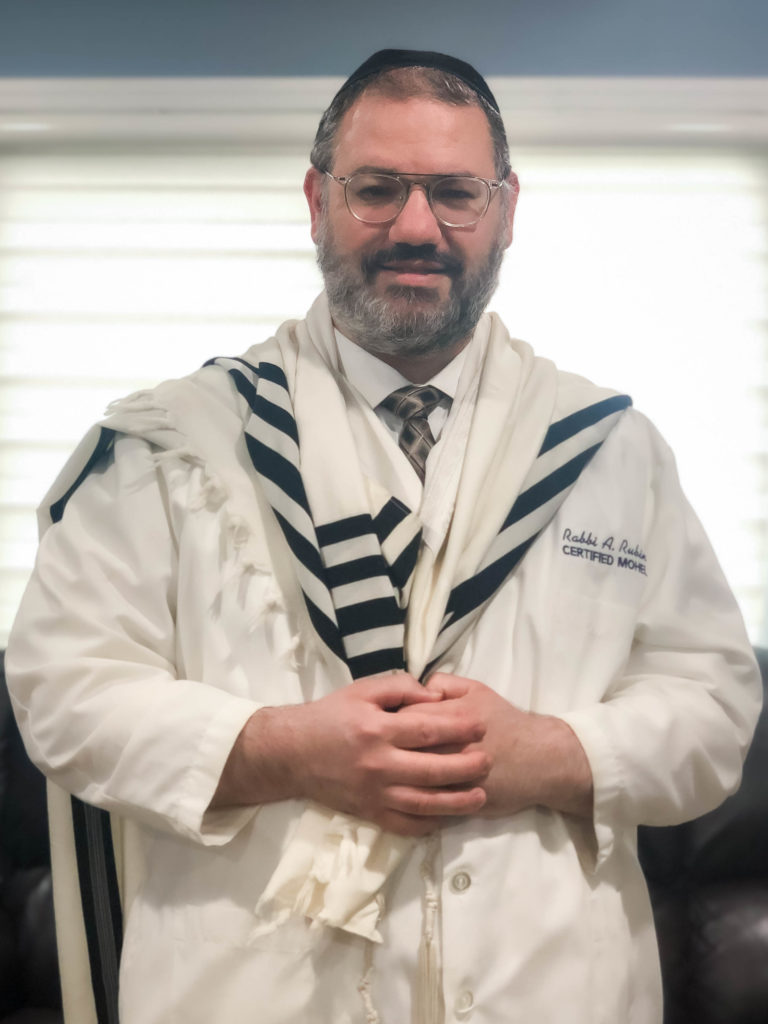 New York New Jersey Mohel Rabbi Avrohom Rubin currently resides in the growing Passaic-Clifton New Jersey city. He was born and raised in Staten Island New York, in the environs of the Yeshiva of Staten Island. Rabbi Rubin learned in Mir Brooklyn for his high school years, then went on to learn in Israel, in Mir, Yerushalayim and Novahrdok. After two years in Yerushalayim, he returned to the United States and enrolled in the famous Yeshiva, Beis Medrash Govoha of Lakewood, NJ. While there, he got engaged and married and together with his wife, returned to Israel where they lived for the first 3 years of their marriage and had their 2 oldest children.

Upon returning to the United States, Rabbi Avrohom Rubin joined and helped start the Yeshiva Gedolah of Bridgeport, CT, where his third child was born. While living in Bridgeport, Rabbi Rubin joined the Chevra Kadisha under the auspices and guidance of Grand Rabbi Mosha Epstein of Bridgeport, CT. After a year there, Rabbi Rubin moved on to accomplish his lifelong ambition of becoming a Mohel in NYC and having the zechus and honor of bringing children into their first Mitzvah of Bris Milah. He apprenticed for more than 2 years under the guidance and tutelage of the world renowned Mohel and authority in Bris Milah; Rabbi A. Romi Cohn, D.D.C.M.

Performing and assisting in the circumcisions of more than one thousand infants and adults, New York New Jersey Mohel Rabbi Avrohom Rubin has amassed the knowledge and intricacies of Bris Milah and has shown proficiency in his ability to perform Bris Milah in accordance with all the ancient halachic customs of our sacred Jewish tradition. His efficiency and ability to perform Bris Milah with the family’s comfort in mind, have left thousands of mothers and babies comfortable and confident from his initial checkup, until his last visit. Rabbi Avrohom Rubin moved to the Willowbrook section of Staten Island in 2005 and was zocheh to have his fourth, fifth, sixth, seventh and eighth children born there and has performed the Brissim for his youngest 2 children. In March of 2022 Mohel Rabbi Avrohom Rubin moved to Passaic New Jersey, joining the ever growing Passaic-Clifton New Jersey community.

Since leaving Yeshiva Gedolah of Bridgeport, Rabbi Avrohom Rubin continued on, joining the Yeshiva and Kollel Ruach Hatorah in the Flatbush section of Brooklyn, NY. Moving on, in September of 2007, Rabbi Rubin began his teaching career, learning & teaching גמרא to a select few 8th grade boys in Yeshiva Merkaz Hatorah RJJ of Staten Island. His first sefer called תפארת אברהם on מסכת בבא קמא began marketing in May of 2008. Since then, Rabbi Rubin published his second sefer called תפארת אברהם on מסכת שבת in April of 2018. In September of 2008 Rabbi Rubin accepted the eighth grade Rebbe position in Yeshiva of Kings Bay, located in Brooklyn N.Y. and after the Yeshiva closed down in June of 2009, Rabbi Rubin helped establish Yeshivat Lev Torah in Brooklyn NY. In September of 2010, Rabbi Rubin accepted the 10th grade Rebbe position at Yeshivat Magen Abraham. Yeshivat Magen Abraham opened its doors in 2008 and has gained fame as one of the outstanding Yeshivot in the Sephardic Syrian community. Since 2012, Rabbi Rubin has embarked on a learning and teaching career not restricting himself to a classroom, allowing him the ability and flexibility to focus on the many Brissim in sometimes distant places, without affecting his students. Rabbi Rubin enjoyed a close relationship with his revered Rebbe and Rosh Yeshiva, Hagaon Rav Shmuel Berenbaum Zatzal, Rosh Hayeshiva of Mir, Brooklyn, who strongly encouraged Rabbi Rubin to embark on becoming an outstanding Mohel. Over the years, Rabbi Rubin has had the privilege and opportunity to gain the acquaintance and spend time with many of today’s Gedolei Yisroel and enjoys a very close relationship with the Rosh HaYeshiva of Staten Island, Hagaon Rav Reuvein Feinstein Shlit”a.

Aaron G.
2020-05-18 16:35:31
R’ Rubin is the most amazing mohel, he was so professional and courteous. His bedside manor was next level, he explained everything so clearly and told me… read more

Atara G.
2020-05-15 06:16:45
Rabbi Rubin is professional and a well experienced expert in his field. We used him for the bris of four of our sons, and would use him again. In addition… read more

Alana K.
2017-08-28 10:26:22
Rabbi Rubin performed our son’s bris and I would highly recommend him! He is so knowledgable, experienced, and genuinely caring at the same time. He made… read more

Naomi K.
2017-04-25 13:35:05
Last year my sister had a beautiful baby boy and Rabbi Rubin performed his Bris. After seeing how comfortable he made my nephew, how throughly he explained… read more

Solomon B.
2017-01-29 19:49:30
Rabbi Rubin was extremely professional, clean and attentive. We used him for both of our sons and we couldn’t be happier. He walked us through every step of… read more

To Rabbi Rubin, Amush Thank you for doing a great job. Your sensitivity and care of our new baby was greatly appreciated. May you continue to service Klal Yisroel with such care and concern in bringing children to Avraham’s bris. With much respect,

Rabbi Rubin served as the Mohel for my grandson Tzvi. Rabbi Rubin has been so supportive for my daughter as a new mother. We found him to be warm and compassionate. The Bris ceremony was done in my house amongst friends & family. Rabbi Rubin is so knowledgeable and willing to share it. He kept…

To Rabbi Avraham, Thank you very much for your effort of being there for our new baby boy, Orel Avraham. We appreciate it especially for being the Mohel for Orel Avraham during Yom Kippur. Gmar Chatima Tova and we should know only smachot.

Diplomat of the American Board of Pediatrics Staten Island, NY